It has been a few years since you died. I used to not even be able to say that word but do now because you did. You took a piece of my heart with you. This time of year is hard because you loved Holidays. I laugh, I enjoy your nieces and i enjoy life but it does not change the loss of you. My heart still cries and I still cry. Not everyday but I think of you everyday.

People say I changed well yeah. I did. I lost something worth more than any money in the World. I lost you. I am blessed to have your sister and her precious babies. you would have been the best Aunt ever. I laugh with them. The oldest 12, knows all about you and she even writes you notes and ask about your life. The baby is only 15 months so of course she doesn’t yet. Your sister misses having someone to talk to. I miss your laughter and how you never took life so seriously. Little things were that. Nothing to stress over.

You had challenges with Autism but you made it through struggle after struggle. I am a bit harsher now with life. I am not the old me. but I don’t have to be. the “new” me that came a bit after you died saw life from a different view. I still love, I still feel blessed with your sister and family but I will get “over” losing you. I love you. Always. Love, mom. 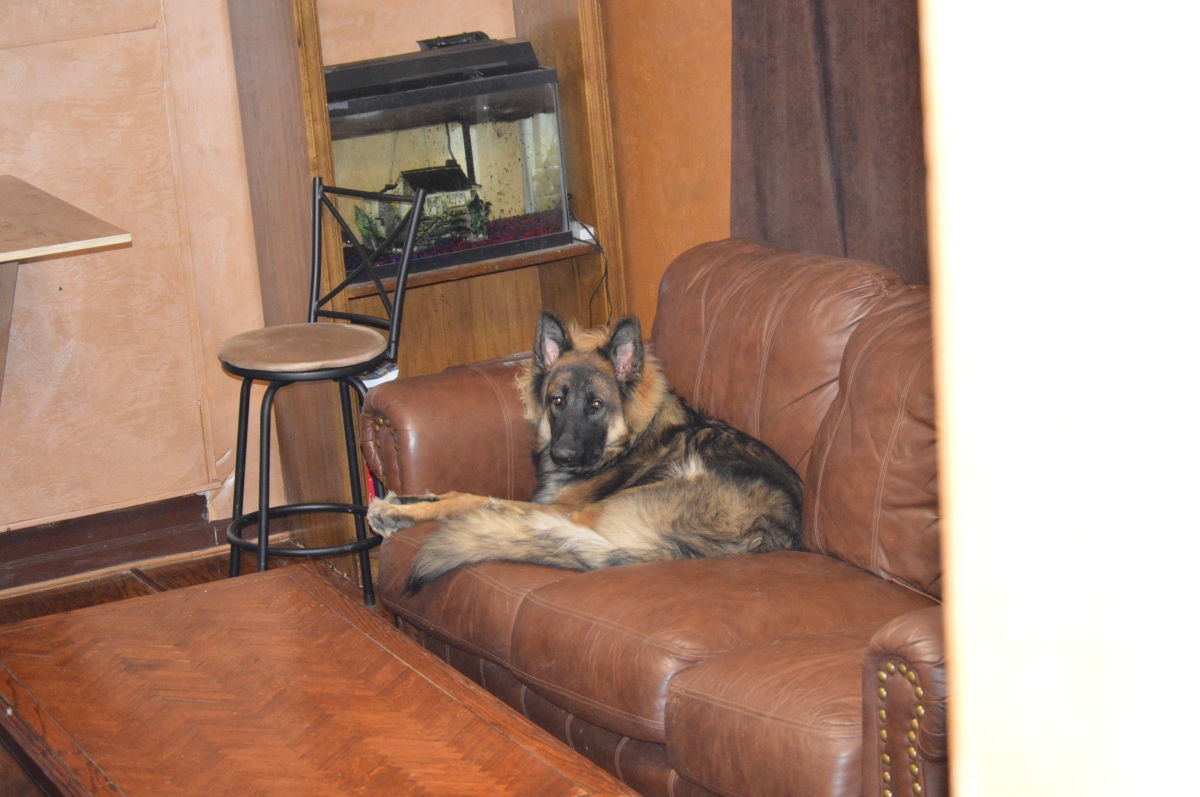 I have to start by explaining my husband thinks all people are good and do mean to be bad. I am of a very kind heart but I know that bad people exist. Life. My story is about Nitro, our Long haired Shepherd. First, I HATE puppy mills. My two dogs are rescues and that is just my personal choice. If someone wants a pet from a reputable breeder I am okay with that just not puppy mills. Anyway, here is Nitro’s story.

For years my husband had wanted a long haired German Shepherd. I was not ready yet because I had researched just how much care it requires until the time came that we could give him the needed time. he wanted a Male. not to breed just to have. Soooo, we looked and looked. He had saved over time and he found one in Virginia, I found one in North Ga. 2 hours away. His was 12 hours one way. The page looked great, the way she advertised her pups and on and on.

Anyway, he had his 1,600.00 dollars and off he goes. 2 hours before he got there, she called and said she had just noticed at 12 weeks that one of his testicles had not dropped but she was sure it would. (No, it is hereditary passed from father to son). He called and I begged him to turn back but he said he was sure she knew because her page was so promising. Twenty minutes before she was supposed to give him directions, she called and said to meet her at a local store since she was in town with the puppy. Again, I begged him to come back. But he went and picked up his puppy that he named Nitro.

He brought the beautiful puppy home and we took him to the Vet the next day for a check up. We were informed the testicle would NOT drop and would require an operation. At six months, they had to cut his stomach open as the testicle was lodged in his intestines. More money. Nitro seemed well once he recovered until we noticed him limping a bit at two years old. Aside from the monthly Vet visits, we made an appointment. Test were run and the Vet came back with the news that Nitro had Arthritis in both front legs. the operation would be an estimated 16,000.00. Even worse it would have to be every two years because it would come back. Operation or put him to sleep.

I came home and just cried. I knew we didn’t have 16,000.00 much less every two years so I found what I could to help him. Krill oil, Chondroitin and other things to help. They did. For a year. Nitro is now 6 years old and lives like he is 18 dog years. One leg is stiff. I am so heartbroken when I see him everyday and try to find new meds to help. I am glad we saved him from that horrid place (she was shut down after I reported her like 15 times). But on the other hand, it is horrible to watch him live his life like this. I am still doing all that I can to help but PLEASE do NOT ignore the red flags. Last minute findings of issues, not wanting you to come to their home and so many more. Help shut down puppy mills. Buy from someone you can meet and see their home.