So I just sopped in to have and have a wonderful day! I hope it is bright, happy and just all around great!

We didn’t ask for this and it is hard living with it even as we try and manage it and tread on. It is complicated, it is hard and not ONE of us who suffer from it say, “I just love this issue and I am so happy to have it” and if anyone does, I do not know them. It is a difficult and lonely road because it is in the mind. All I can say if you do not understand it is, just imagine the same dream night after night of being in a place where you never know what is around the corner and you never know if something is going to jump out and get you. And no matter what you do, you still get that same dream night after night after night. That is how it feels to me. So please keep in mind, we are trying. We are fighting it, our desire is to over come it. But while we are still there, please understand that it is hard to live a life where most people cannot understand it. We are not asking you to. we are just asking you to be there. To love us. To hold a hand out in some form when we need it.

My new thing I try and do everyday. No matter what is going on, I just say it several times a day. I am blessed. For good things, I am blessed. For bad things, Not sure why this is happening but I am blessed. Just in every situation, that is what I am doing. Just saying I am blessed because in so many ways I am and when bad things happen, I keep trying to remember, I have many things where. I. Am. Blessed. 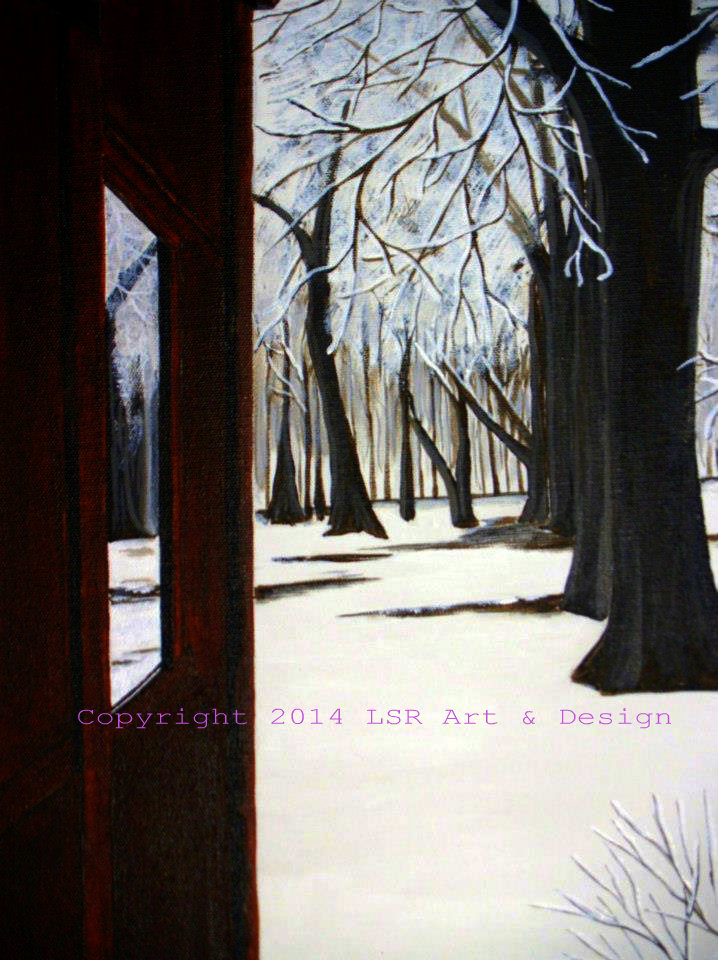 I had to let go of some of the people I love and hold dear to my heart. But to live, I had to let them go. I was tired of being told I was just “thinking” that, it was all in my head, that I was “in a dark place”. Why? Because I over think. Because I have anxiety. But, they never admitted they would not answer me when I sent things to them or they would avoid me or just so many things that as long as I did things their way, they were willing to help (which was one call they would accept from me maybe one every two weeks or so).
As long as I never got upset, just smiled, laughed and did everything that they deemed normal. Emotions were not allowed or I was in need of help. Does it hurt? Yes. But do I feel stronger? Oh yeah. Sometimes letting go is your road to recovery.

It is amazing tome how families that used to be close, stick through hard times together and loved each other deeply have now become so separated. Some stick together while casting out any who are not “normal” or cheerful or suffer from depression or anxiety or other things. If it is physical, most will stick by you but not anything else. And with this new group of families, now things are spaced by terms. “Immediate family which is only parents, siblings and Aunts and Uncles are excluded. OF COURSE there are times when just that family gets together but when our kids were growing up we did EVERYTHING together. But the saddest part is seeing the ones shunned because of something they did the family did not like or a self righteous younger one who sets family member against family member. I just do not understand where strong cemented family units went and it is sad. I guess those days are gone for many of us because now instead of, “We are here for you, we will get through this”, it is “I had to set boundaries. You were ugly to me when you were going through grief and depression so I had to exclude from most of my life.” Wow. Just sad.

I had to say goodbye to my beautiful rescue of 10 years yesterday, Tracer. My heart was so broken and I cried all day. I guess he was older than I thought when I rescued him. Starving, dying from lack of food and he wandered up on my sisters property. It was evening when I pulled in and saw this starving dog. I had a meal I had bought, got out of my car and fed him and gave him the bottled water I had. As he stood back up, he just put his head against my leg and looked at me with these beautiful sad brown eyes.
I thought my sister would keep him but when I got back home, 40 miles away she had called and said no. He would be taken to the pound because they couldn’t care for him. I couldn’t sleep at all that night and I told my husband early the next morning, “I am going to get that dog. I have already named him Tracer. If he will get in my car, I am bringing him.” He had touched my heart when he just put his head against my leg.
So, off I went, stopped and got some fast food and prayed on my way he was still alive and still there. I pulled up and there he was, on the ground, shivering. I walked over and fed him some of the food and said, “Come on Tracer, we are going home.” I opened my old Volvo door and as bad off as he was he managed to jump in. That was 10 years ago. I did not realize it at the time but he rescued me too. He was my loyal friend, devoted tome, my companion. Three days ago, he started sleeping a lot and acting weird. He had been abused I knew because he would growl if he ever felt cornered which could be as simple as being against anything solid if he felt a threat. But I only showed him love. I stayed with him almost non stop these last three days as he seemed to get weaker and weaker.
I called the Vets but they wanted to muzzle and etc. which would have scared him so much. He was eating, drinking, walking (slowly) but other than sleeping a lot seemed just tired. The night before last he quit eating or drinking that evening. I knew I was losing him. I sat with him until 3 a.m., in the rain for me, in his shelter for him as I petted him. He died a little after 3 a.m. and I cried all day yesterday. I miss him so much. I love you Tracer and I hope, after who knows how many years of abuse, our ten years together made up for it. I will forever be grateful for the time and love we shared but I am sure going to miss you my sweet friend. I love you.

As you all know now, I still suffer from panic and anxiety and through counseling, I learned it is from traumatic events that I blocked away because it came on, oh about 4 and half years ago. When I finally faced the demons of my daughters death, other things surfaced. Things that had happened that I tucked safely away in my mind. I guess her death opened Pandora’s box.
Life goes on and I am happy in so many ways and thankful but till those old ghost come out at times to taunt me. I do not understand it because I try to just let them go but they linger. Having some of my family’s support once they tried to understand has helped a lot but other members that I loved so much just turned their backs and found reasons to blame me for their reason of not being around. Some of it still confuses me.
They came up with anything they could. But, in the long run, I have to get past that, try to live happy and realize some people, family or not just do not care. They live behind their walls of blame and I wish they would be the Christians they say they are but the Bible I read tells me they should be that way. I know I can be difficult when I have these moments but no amount of trying to explain reaches their ears or hearts.
But, I have to go on, enjoy the family that does care and realize that I cannot depend on them but on me and realize not everyone can handle a family member who has “issues”. So, I am but I have to say, it is hard. So, I am just doing it and for those like me, I just wanted you to know, it is okay. We can do it.

with the epidemic of this problem I wanted to write something as I have had a couple of family who had to overcome that battle.

Dear Loved one,
I try to help you in your struggle but I know that your first love right now is your drug.
So much that you never noticed when I put a flower in the vase on your desk.
you forgot your son’s game was today because you may have been out “searching”.
You were not hungry even though I made your favorite meal.
You were too “sick” to go to our family Holiday get together so the kids and I went, with another excuse for why you weren’t there.

We watch you and the kids know. They are not stupid. You still work but come home late. You avoid us or you become so nice out of guilt that it isn’t real when you do nice things. You seem normal at times and then at other times you are so far out there, that I guess you think I don’t see the glassy eyes or the runny nose.

We deal with all of it because we love you and we have tried everything to help so now we have to help ourselves until you decide to get the help to stop. But the worst part is the loneliness. The living with someone you love that you used to know , the same person on the outside and at times, the good ones, the “old” you. But seeing the “other” you is what hurts so bad. So close and yet so far.
We love you and we wish you would come “home”. you live here but we wish your mind , drug free could come back with you.
With love,
Your family